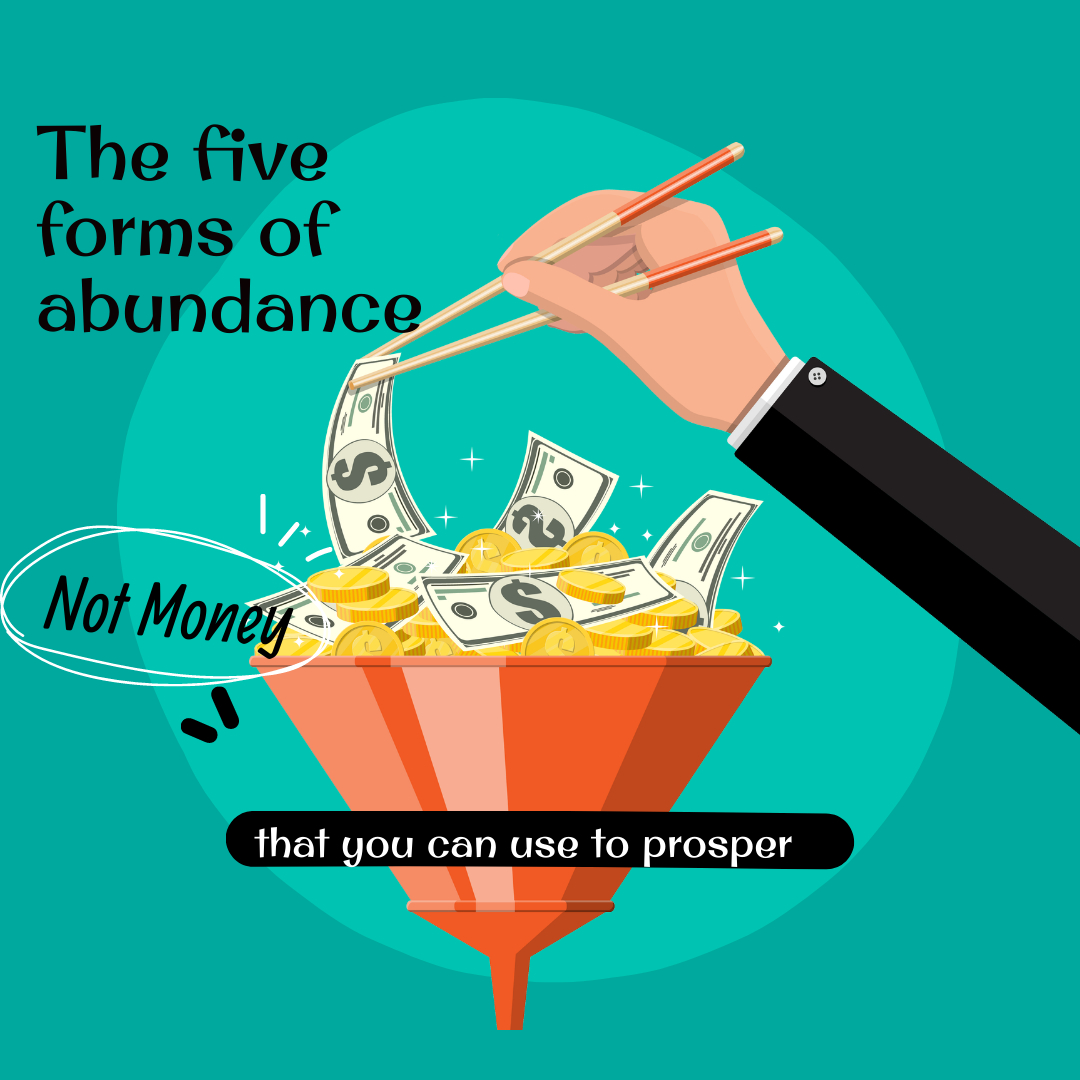 Most of us want to be rich because we think that loads of money allow us to get anything and everything, including happiness. But money isn’t the only form of abundance (richness) in our life. After watching ‘Tis the season‘ transmission from Bashar, I got to know many things which changed my perspective about many things in life. As per Bashar,

Now that I think of it, it all makes sense. In a situation like Covid-19 lockdown, when I hadn’t shopped any groceries and neither could go out to buy food, money lost its meaning. Getting food at the right time became the most important thing in my life. You have no idea how joyful I felt when my flatmate cooked some food for me during those times. So being given a gift of food was a form of abundance that appeared when I needed it the most.

Or the right people showing up at the right time is another form of abundance (synchronicity). Example: I was scammed by some broker when I was looking to rent some furniture. I was desperate to settle at someplace I found and had paid some money in advance so that he gets some rented furniture for me. That guy simply vanished and stopped responding to my phone calls. I was so upset that I didn’t know what to do. I just needed to vent my frustrations. So I told that story to an AC repair technician who had come to fix the AC in my new place. Turns out the technician (a complete stranger) had some connections with the local politician. He asked me for the scammer’s phone number. I gave him his phone number. He made some calls to the politician and the police, found the scammer, and threatened him to return the money. Within one week the scammer came back and returned my money in cash and in person. I will never forget this incident because this technician was godsend synchronicity to me when I needed him the most.

So, I went dissecting why we collectively don’t trust these different other forms of abundance to work in real life. Say, having something to trade with others is a form of abundance. It’s like a barter system, where we trade something in return for something else. But having to trade something always may not be possible with physical objects. Unless we are talking about serviceable skills that we want to trade in exchange for money or other things. In which case, a person willing to offer a service in exchange for something would face more competition from others. And hence the income every week or month would not be the same. Job doesn’t have that uncertainty. Because you get a fixed salary at the end of the month. So people would choose convenience and predictability of a salary than using a barter system. It comes down to the security of a predictable income.

Having something to trade also means doing a business. But starting or running a business is not easy. Mostly because business owners forget what is the value of the item that they are trading and how it is helping others. These days things have become much easier with so many tools, automation, and products that help businesses of any size prosper. And still, many businesses fail because trading doesn’t remain a simple art of trading anymore but a system of processes that allow economies of scale. Doing a business itself has become a special skill to have. I suppose each of us can still use the simpler concepts of trading to make use of this form of abundance.

Then if you consider imagination as a form of abundance, not many people are imaginative. It’s not because they can’t imagine. It’s just that they don’t practice it too often. And whatever we don’t practice becomes harder and harder to do. Imagination requires some form of thinking. Not many people are fond of thinking too much. Most of the time I see people operating on autopilot. They don’t think but just do. Not thinking allows us to save some energy, not get stressed, or experience decision fatigue. But it also stops us from using our imagination to do things in a different way to help us get unstuck.

If we allowed our creative juices to flow by exercising our imaginative capabilities quite often, we could have easily enjoyed the abundance of possibilities. But we look down on creative work like artistry, music, painting, dancing, designing, writing, or any form of art just because they don’t earn enough money. So we close the door to the abundance that imagination would have opened up. I will give an example of how imagination can bring abundance. This is a story about a guy who didn’t want to spend a single penny to buy a house. Starting with a red paper clip, he did a total of 14 barter exchanges, and eventually got the ownership of a house. So not only did he use his imagination but also used the abundance of trading to unlock that possibility. Read his full story here.

Being given a gift is another form of abundance that not many of us recognize. We think gifts can only come in gift-wrapped boxes. But people are constantly gifting us with something or the other. Can you remember a time when somebody helped you with something without expecting anything in return? I am sure you have at least a few such experiences in life. Here’s a story from my life.

I was walking down a long ass road on a scorching hot day on my way to the railway station. I was carrying a heavy bag on my shoulders and no water bottle. Summers in India are very bad in most places. It was a long walk with no cab or anything on the way. I was feeling very exhausted, uncomfortable, and thirsty but kept walking. A lady was passing by on her scooter, going towards the same direction where I was headed. She moved ahead of me by a little and suddenly stopped. Then she turned back and looked at me and gestured if I want a ride. I said yes immediately. She dropped me at the station for free. That was a gift to me that the universe sent me when I needed it.

I can give numerous such small instances where people offered help without expecting anything in return. Or gave something when I least expected it. I remember one time I had forgotten my wallet at a restaurant. It was a busy Christmas eve and I had taken my sister out for dinner. After dinner when I went to the counter to pay the bill, I realized I have no cash. I had paid whatever cash I had to someone the previous day and completely forgot about it. In my head, I still had cash in my wallet and didn’t bother to check it. I turned crimson in fear, embarrassment, and anxiety as to what to do as my card kept getting declined. The card service provider had a network outage due to heavy usage on Christmas eve and many other customers faced the same issue. So while I was wondering what to do, a kind man saw my dilemma and paid my bill. I was shocked and asked for his phone number so that I can pay him back later. He smiled and said I don’t have to pay him back. But I still insisted. So he gave me his number and vanished with his wife and mom. His mom and wife were not happy that he had offered to help me and were scolding him. I thanked him and left. The next day when I called him multiple, he didn’t pick up the phone. Neither did he call back. Again, I wholeheartedly thanked him in my prayers for giving me that gift (paying my bill) when I needed it the most.

Now we may think that people don’t give free gifts all the time. Well, it depends on how you look at it. As long as someone is helping you with something when you need it the most without expecting anything in return, it is a gift. It could be helping us with something, an actual gift, an act of kindness, or any other selfless act. People do such things all the time. We just don’t notice it. Or we take it for granted or don’t feel gratitude for it either. And hence we feel we don’t have the abundance of gifts in our lives.

Communication is another form of abundance which is often taken for granted or not used properly. We don’t often speak of what we need. Because we are too afraid of how others will judge us. And hence our needs don’t get met. And we end up in an endless cycle of suppression, manipulations, frustrations, and whatnot. Just because we can’t say directly what we need. If we all perfected the art of how to say what we need and when we need it, we wouldn’t have faced the problems that we face often. I will cover some parts of how to communicate in a way that your needs get met in my upcoming book.

Now that you understand how these abundances work, you may notice that they often don’t work separately or as stand-alone. They are often accompanied by other forms of abundance. So having something to trade something may come with the synchronicity of finding that right person. Or imagination may give us more ways to earn money.

With this, I would like to conclude today hoping that someday we figure out a way to use all these forms of abundance to meet our basic needs. So that we never have to go to work just simply to live on this planet ever again. So that we can spend time doing things that we love and enjoy doing without having to worry about shelter over our head, food on our plate, or basic health and hygiene. We should never have to go to work to ‘make money so that we meet our basic needs. We should be able to go to work to create meaning for our lives.

My path in spirituality

This post is about how pranic healing brought me closer to magic. And how my spiritual advancement has increased my power of manifestation. 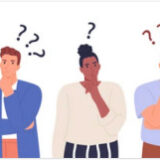 Did you know that thoughts are high-frequency, sound energy? Whatever you knew about thoughts will be upturned today. Read more to know. 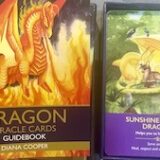 Back with a bang!

This post contains all the best things about a spiritual awakening that I have been going through for the last 1.5 years. Read on to discover the goodness 🙂

This site uses Akismet to reduce spam. Learn how your comment data is processed.